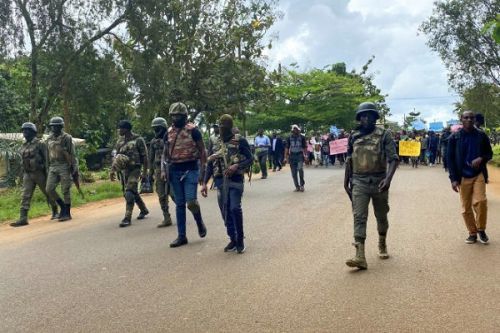 Southwest: Angry population capture three separatist fighters, hand them over to the army

Angry populations in the Southwest region have captured three separatists and handed them over to the army. The incident occurred on April 24 after the fighters attempted to block the path of people on their way to the chief's palace for a meeting about a case of stolen cocoa beans.

According to The Guardian, which cited the prefect of Nguti, the villagers were already angry because the separatists had kidnapped two of their peers. They reportedly stormed the separatists' camp to free the hostages but before they arrived, one of them had already been killed by the separatists while the other managed to escape. "They captured the terrorists and beat them before handing them over to the military," the prefect, Etengene Steven Oben said, according to the newspaper.

The recent events have shown that the populations are getting increasingly fed up with the situation in the Northwest and Southwest regions.