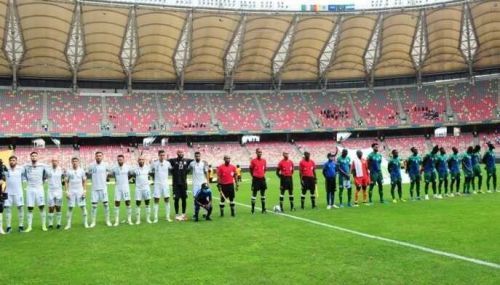 A Few days ago, it was mere rumors but it is now official. In a release issued on Wednesday, 26, 2022, the CAF announced that the quarterfinal and semifinal matches, scheduled from January 30 at the Japoma Stadium in Douala, will be relocated to the Ahmadou Ahidjo Stadium in Yaoundé.

This means that the quarter-final match scheduled for Saturday, January 29, between Gambia and Cameroon will still be played at the Japoma Stadium.

These decisions were taken at the end of the meeting of the Organizing Committee of the African Cup of Nations (CAN), chaired on Tuesday by the president of CAF, Patrice Motsepe. CAF does not specify the reasons for these relocations. But the decisions come in the wake of criticism against the state of the turf at Japoma stadium.

In its January 26 statement, the CAF also indicates that the quarter-final match between Egypt and Morocco scheduled for next Sunday at the Olembe stadium has been relocated to the Ahmadou Ahidjo stadium. This relocation was prompted by the stampede that led to the death of eight fans and left many others injured. There is no indication that the semi-final and final matches scheduled for February 3 and 6 at Olembe Stadium have been relocated.