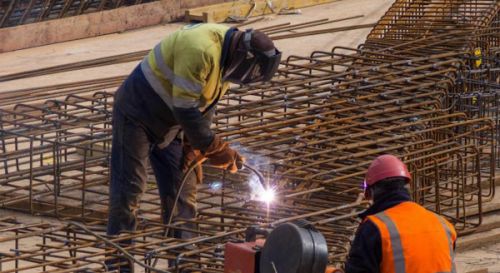 Following their dismissal on April 21, 2021, which was deemed unfair, 25 employees announced legal proceedings against the Cameroon Construction Company of the Nachtigal Hydroelectric Dam (CCN), the main subcontractor of NHPC in charge of the construction of the Nachtigal dam, some 60 kilometers north of Yaoundé.

Together with six staff representatives, they were dismissed for absenteeism for two weeks. As one of the workers pointed out, these two weeks in question were the time when some of them were in police custody, while others were in pre-trial detention as part of a procedure initiated by CCN. The company accused some of stealing fuel and others of destruction.

They were all released the day before their dismissal following resolutions reached after negotiations conducted by the Ministers of Labor and Social Security (Mintss) and Water and Energy on April 16.  CCN has cleared three months of housing allowance arrears and promised to clear the remaining two months by the end of June.

"Elections for employee representatives are expected to be held by the end of June. The employees' representatives will be able to enter into negotiations with NCC to reach a general agreement. CCN will continue to pay a monthly housing allowance to its workers until the agreement is signed," said Dia Iya from NHPC's communications department.

Despite these advances, the workers initially considered going on strike again from April 21 in protest against the dismissal of their representatives. "They asked us to give up and continue working," said one employee.