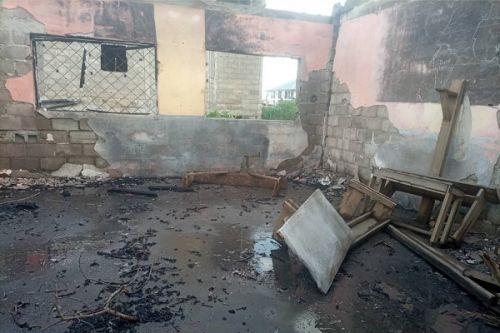 The Human Rights Watch (HRW) in a June 27 report accused the Anglophone separatists wreaking havoc in the northwest and southwest (NoSo) regions of committing “grave human rights abuses.” The organization is therefore calling for sanctions against those found guilty of attacks against the civilian population.

“Armed separatist groups are kidnapping, terrorizing, and killing civilians across the English-speaking regions with no apparent fear of being held to account by either their own leaders or Cameroonian law enforcement,” she said. The rise of an irredentist approach in the Noso has led to armed conflict between separatist groups and law enforcement. The crisis has been ongoing since 2016. International Crisis Group (ICG) estimates that it crisis has already forced more than one million people to flee violence. There have also been numerous cases of abuses against civilians, attributed to separatist fighters.

Human Rights Watch reported that on May 16, separatist fighters broke into a residential area of the Cameroon Development Corporation (CDC) in Idenau, in the northwest region. They abducted 30 people and raped a young girl of about ten years old. “Since 2017, armed separatists have kidnapped hundreds of people, including students, teachers, medical staff, humanitarian workers, clergy, and government officials. They have also killed and tortured civilians, and carried out widespread attacks on education,” the HRW report said.