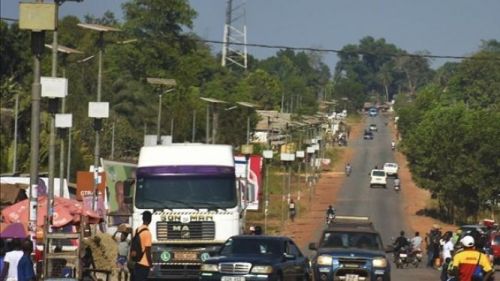 The National Order of Opticians of Cameroon (ONOC), in partnership with the Ministry of Transport (Mintransports), will conduct a visual acuity test for road users. The 2-phase campaign will take place from August 19 to 26 and from September 2 to 9, according to a July 20 statement signed by the president of the ONOC Council, Solange Douanla.

This campaign, which will cover the entire territory, aims to fight against road accidents, insofar as "23% of these accidents are caused by poor visibility," she said.

"Two teams of opticians authorized to perform eye exams will occupy each side of the road. Drivers will be stopped by Mintransports agents and tested by the opticians. They (the opticians, ed) will keep a register of data and statistics for transmission to Mintransports," she said.

“A call for tenders will be issued to opticians wishing to participate in this eye test campaign. They will choose the toll station of their choice and occupy the boxes prepared by the office of the ONOC," reads the document.

ONOC stresses that the operation is not an eye consultation campaign. "It is a campaign that will be carried out by qualified opticians: refractive surgeons, optometrists, and eyewear manufacturers who have the competence to perform eye examinations. Cases of pathology that will be detected during the exam will be referred to the ophthalmologists in the area," sources within the corporation told SBBC.

The ophthalmologist is indeed the only one who can prescribe care in case of pathology and correction tools (glasses or lenses). "After the test, they (the opticians, ed) will give their business cards to the tested drivers for the purchase of glasses if necessary," says Solange Douanla. The campaign targets some 52,000 drivers. It was decided after the ONOC sent a letter to minister Jean Ernest Masséna Ngalle Bibehe, on the need to "put a strong emphasis on the eye test for obtaining a driver's license, taking into account the rampant blindness in Cameroon and the serious road accidents recorded in the country.”