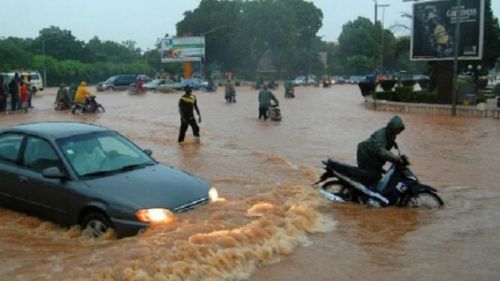 Deadly floods hit the Koupe-Manengouba municipality in the southwestern region killing four people. Many are still missing and the emergency services are deployed on the ground to find them. The tragedy happened last weekend according to information relayed by the public radio.

Floods also hit the districts of Ngui causing significant material damage. Local authorities are calling on the government for help as was the case in Edéa and Douala (Littoral) where disaster-affected families received food and sleeping equipment.

The Southwest, like several other regions of the country, is facing heavy rainfall. The National Observatory on Climate Change (ONACC) is still predicting “precipitation amounts above the historical average” in the coming days.

These climatic conditions could cause floods and landslides in the Southwest, particularly in the departments of Koupe-Manengouba, Lebialem, Manyu, and Ndian. In July 2018, five people died in landslides caused by rainfall in Limbe.