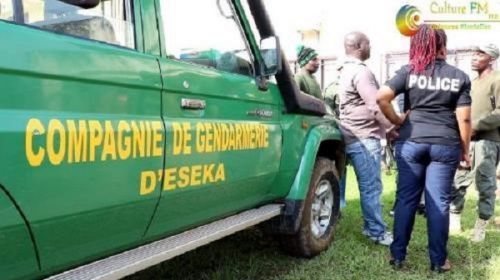 Five people were kidnapped in Sombo, Dibang, in the Centre, on February 23, 2022. According to a release published by the national gendarmerie on its Facebook page, three of them are female and two male.

The same source explains that the abducted people are all from the North-West where the separatist crisis between armed groups and the regular army forced numerous people to flee their homes.

To release the victims aged between 18 and 40, the unidentified kidnappers required a XAF500,000 ransom. Informed of the incident, the squadron leader commanding the Eseka gendarmerie unit organized a raid in the Ndoupe forest on February 25, 2022. This raid led to the release of the hostages around 7 pm. Unfortunately, the kidnappers fled before the security forces’ arrival. However, an investigation has been opened to identify them.

Some criminals have been capitalizing on the tense security context in the North-West and the South-West to kidnap people. In March 2021, the national gendarmerie busted a gang of kidnappers who used to spread terror in Wum, North-West but had their base in the Western region.