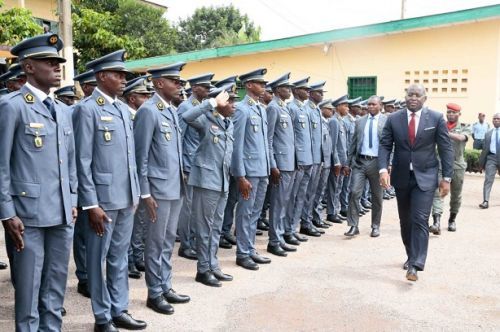 For three weeks, the first batch of 140 junior officers of the national gendarmerie was trained in counterterrorism techniques. They were trained by instructors of the Rapid Intervention Batallion (BIR), the elite counterterrorism unit, and the elite army, at the Koutaba and Awaé military training centers.

That training aims to equip the young officers with commando abilities, revealed colonel Jules Syrille Lissom, commanding officer of the national gendarmerie’s training centers, last September 25, in Awae during the ceremony marking the end of the training.

"The command has decided to align the training with the needs, to protect the military and gendarmerie personnel engaged on the various operation fronts while equipping them with the skills required to successfully fulfill the missions they are assigned,” colonel Lissom added.

This is a timely development as many military patrols are now being attacked in the North-West and South-West by armed separatist groups.