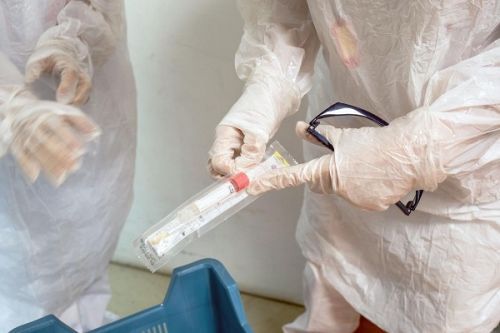 The West region is facing a third wave of Covid-19.  Dr. Chinmoun Daouda, the regional delegate of Public Health, announced last week at the end of the meeting held in Bafoussam to assess the vaccination campaign under the chairmanship of the governor, Awa Fonka Augustine.

"We are recording more and more cases, as well as deaths. Last week for example (week of September 13 to 19, Editor's note), we tested an average of 4,000 people and recorded nearly 550 cases," Dr. Chinmoun Daouda said. Local health authorities regretted the low rate of vaccination in the region.

"The vaccines are available in our region, but in small quantities. For a population of about one million, which is the target population, we have only vaccinated about 29,000 people. This represents about 2% of the population. We need at least 40% to achieve herd immunity," Dr. Chinmoun Daouda said, calling on the population to respect the safety measures. “Without the vaccine, we will be in trouble," he warned.

On June 4, Awa Fonka Augustine issued an order "lifting the ban over the organization of funerals throughout the Western Region." He however stressed that other government measures to combat Covid-19 should "remain in force.”