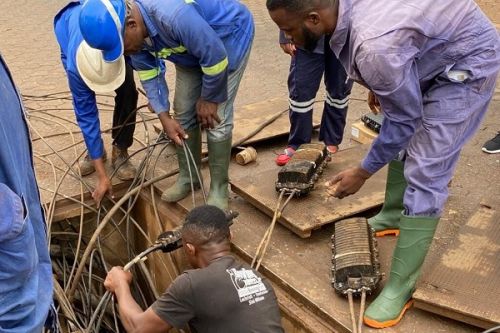 Netherlands-based cybersecurity company Surfshark released the fourth edition of its Digital Quality of Life Index (DQL) on September 15, 2022. The company ranked 117 countries worldwide, including 23 from Africa, based on factors such as Internet affordability, security, and quality. The score scale is 0 to 1.

Cameroon came 113rd worldwide and 20th on the continent. Compared to last year, the country lost 8 places in the global ranking and 6 places in Africa. Its score went from 0.28 to 0.21. According to the document, the quality of the Internet has deteriorated sharply in the country. For this criterion alone, its score fell from 0.48 to 0.09. Internet accessibility is also a problem. Cameroon is presented as one of the countries where the cost of Internet is very expensive.

The country however obtained positive notes regarding the percentage of people using the Internet. The rate increased from 28.9% in 2021 to 33.13% in 2022. Surfshark also welcomed slight progress in electronic security.

The DQL reveals information about the factors that influence a country's digital well-being and the areas to focus on for future improvement.