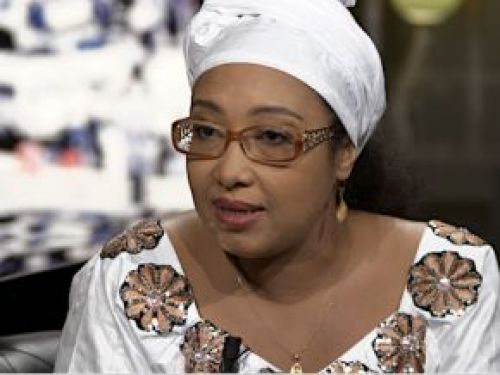 On October 27, 2020, Goncourt Academicians held a videoconference to select the four finalists of the prestigious French literary prize.

Among the finalists is Cameroonian novelist Djaïli Amadou Amal, author of "Les impatientes," published on September 4 by Emmanuelle Collas in France.

Her novel “Les impatientes” tells the story of three women who are victims of forced marriage, marital rape, and polygamy. The autobiographical work is the re-issued version of "Munyal, les larmes de la patience," published in Cameroon in 2017. In Pulaar, "Munyal" means “patience.” “Patience is originally a virtue but it means to ‘endure, tolerate, surrender because as a woman, you must do whatever you are asked to do!’ Djaïli Amadou Amal explains.

With "Munyal, les larmes de la patience," she won the first edition of the Orange Book Prize in Africa and the Pan-African Literary Prize in 2019.

The three other finalists of the 2020 Goncourt Prize are Maël Renouard (with "L’Historiographe du Royaume" published by Grasset), Camille de Toledo (with "Thésée, sa vie nouvelle" published by Verdier) and Hervé Le Tellier (with "L’anomalie" published by Gallimard). The latter (Hervé Le Tellier) is presented as the favorite to replace Jean-Paul Dubois (winner of the 2019 Goncourt Prize with  "Tous les hommes n’habitent pas le monde de la même façon"). The winner of the 2020 edition will be declared on November 10, 2020.