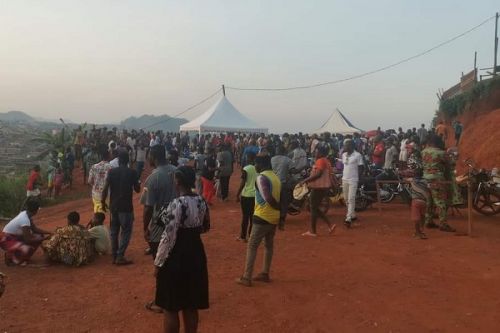 Fourteen people were found dead after a landslide in Damase, Yaoundé, yesterday November 27.

“We found 11 bodies for the moment and witnesses told us at least three have already been carried away by families,” the Governor of the Central region, Naseri Paul Bea, said. He reported that a dozen people found seriously injured have been admitted to hospitals.

The scene has already been cordoned off by law enforcement to prevent curious people from accessing it and to allow the search for possible bodies to continue. Authorities said an investigation will immediately be opened to establish the exact circumstances of this landslide and to determine responsibilities.

Witnesses say the tragedy happened at around 4 pm when a group of people gathered to commemorate the memory of three of their members. They set up three tents on vacant land below a slope created by civil engineering works. According to the governor, the earth fell on one of the tents.