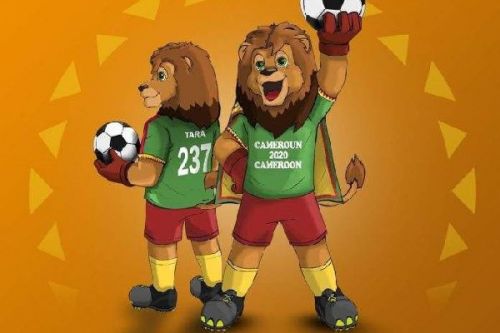 In the framework of the 2020 African Nations Championship (to be hosted by Cameroon from January 16, 2021, to February 7, 2021), the championship’s mascot Tara recently started a nationwide tour to remind residents about the upcoming event.

The tour started yesterday, December 27, in Yaoundé. It will pass through all the major cities of the country, notably the ones that will host the matches.

After the Yaoundé stop, the mascot will be in Douala tomorrow (December 29) and end its tour with Limbe-Buea on December 30.

During the launch of the tour at the  Yaoundé Multipurpose Sports Complex, sports minister Narcisse Mouelle Kombi explained that the tour was an important aspect of the CHAN 2020 marketing and communications component. For the minister, the CHAN 2020 visibility must be amplified and residents must be aware that soon the championship will start. Therefore, the tour will whip up the patriotic fervor of the population, inciting them to come to stadiums to enjoy the matches along with participants who will come from all over the world to celebrate Cameroonian sports talents, explained the minister who is also president of the CHAN 2020 Local Organizing Committee (COCAN).

Named "Tara" in reference to a fraternal and friendly name used by Cameroonians, the CHAN mascot is a lion dressed in the national soccer team attire (green jersey, red shorts, and yellow stockings) with the name “Tara” and number 237 written on its back.

On December 14, 2019, a first version of the mascot was presented to the public who mocked it, prompting the COCAN to modify it. This second version was later validated by the CAF and approved by the public.

Let’s note that the CHAN is a competition reserved for African football players playing in local championships. The competition, originally scheduled from April 4 to 25, 2020, was postponed because of the coronavirus pandemic (Covid-19).