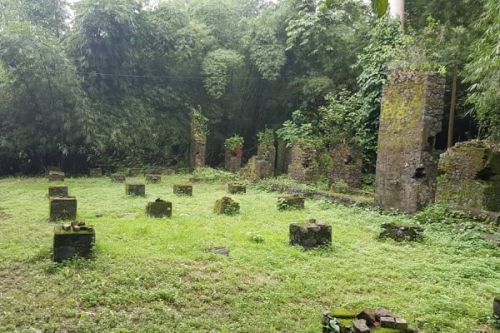 In 2017, the application of the slave port of Bimbia for inscription on the UNESCO World Heritage List was rejected. Almost four years later, Cameroon wants to try again. According to CRTV, since April 25, 2021, a delegation of UNESCO experts has been identifying the historical and cultural values of this site where black slaves in the Southwestern region were deported.

The experts aim to identify the important components of the port and prepare the application file for its inclusion on the World Heritage List.

" We must necessarily prove to the world and to the scientific community that this site was a witness to the painful slave trade, including the material and immaterial asset Cameroon and Bimbia offered the world, " said Charles Akibodé, UNESCO expert for the classification of historical sites.

The latest research and discoveries reveal that over 10% of the 12 million people taken to the Americas during the transatlantic slave trade left from Bimbia.

However, this site, discovered in 1987, is not internationally recognized as Goree Island (Senegal), which is the "largest slave trade center on the African coast" according to UNESCO. So, in recent years, Cameroonian authorities are intent on reviving the history of Bimbia, through development projects aimed at attracting tourists. The site was even classified as a national heritage.

In 2010, Bimbia came out of the shadows with the launch of the Ancestry Reconnection Program, initiated by the American company African Ancestry in partnership with the association ARK Jammers, which helps African-Americans find their African origins after a DNA test.

Through that process, over 8,000 people were able to identify their Cameroonian origin. They include Secretary of State Condoleezza Rice, famous music producer Quincy Jones, renowned director Spike Lee and the well-known actor Eddy Murphy.

It is worth reminding that the term World Heritage refers to a group of properties that have a universal value justifying their inclusion on a list by the UNESCO World Heritage Committee. To date, only the Dja Faunal Reserve (located between the eastern and southern regions) and the Sangha Trinational (a forest complex that spans three countries: Cameroon, Congo, and the Central African Republic) are classified as world heritage in Cameroon. The first was inscribed in 1987 and the latter in 2012.