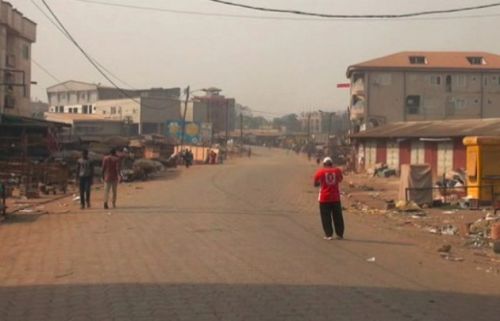 The UN Office for the Coordination of Humanitarian Affairs (UNOCHA) issued an alert on September 28 informing that the lockdown operations in the North-West and South-West regions have caused further displacement. "On the eve of the lockdown, about 700 people fled their villages to the West and Littoral regions, and about 1,800 persons moved to urban centers or safer localities within the North-West and South-West," the UNOCHA noted.

The Lockdown referred to here is a civil disobedience operation imposed regularly by separatist armed groups since 2017. The latest one was decreed by a separatist faction on September 11. It went into effect on September 15 and will continue until October 2.

"The decision banned all movement, work, or social activity in the two regions. Over weekends, from Friday to Sunday, only cabs and motorcycles can circulate, and people are allowed to go to markets and attend religious services," the UNOCHA wrote.

Despite being opposed by some of the other separatist groups, the last lockdown order is being respected, residents claim, according to the UN report. The document notes that "with some local differences and a few exceptions in some urban settings, the ban on movements and activities was widely respected by the population, partly also because of fear of violence or death in case of non-compliance.”

Since late 2016, the North-West and South regions have been experiencing a socio-political crisis that escalated into armed conflict between the army and separatist militias in 2017.  The conflict has already claimed more than 3,000 lives, according to estimates by international NGOs such as the International Crisis Group.

Despite peace offers from the central government, attacks by armed groups against civilians and Defense and Security Forces’ posts or patrols have not stopped.