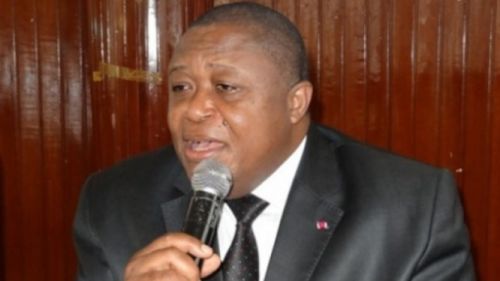 The security measures have been reinforced around the hotels requisitioned for the quarantine of passengers on the last international flights that arrived in Yaoundé on 17 March. “This decision was taken because some travelers confined in these hotels due to the coronavirus pandemic (Covid-19) had prostitutes come to their rooms,” explained the prefect of Mfoundi, Jean-Claude Tsila (pictured), who was angered by this “legendary act of indiscipline.”

Last Friday, about fifty sex workers who violated the isolation prescribed by the Ministry of Public Health (Minsanté) were arrested and taken into custody. Other arrests will follow since this operation will also be conducted in neighborhoods such as Melen, Mvog-Ada or Ekounou, the administrative authority said.

Instructions have also been given to the police to proceed with the “systematic” arrest of prostitutes who will later be tested for Covid-19.

“We started with them because they were among those found in hotel confinement. We also called for tighter security in these places so that such behavior would not happen again. The managers of these hotels have also been mobilized so that their hotels will not be a hotspot where this disease is spread,” said Jean-Claude Tsila.

According to the latest data, Cameroon has 142 cases of Covid-19, six deaths, and 10 recoveries. Yaoundé (Central region), Douala (Littoral), Bafoussam (West) and Limbe (South-West) are the main centers of the virus in the country.