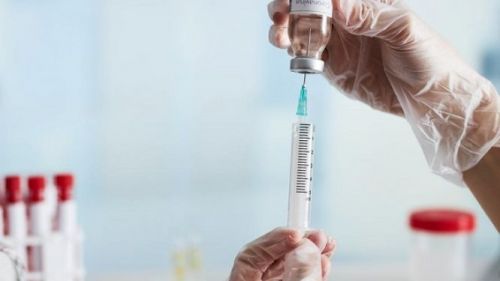 For its national Covid-19 vaccination campaign, Cameroon may use at least three vaccines. On March 25, 2021, the Minister of Public Health Manaouda Malachie explained that the country had not adopted a single vaccine.  "The Scientific Council and NITAG (ed. note: the National Immunisation Technical Advisory Group) suggested several vaccines, including AstraZeneca, Sputnik, and Sinopharm," the official said.

On March 20, Cameroon was due to receive 1.7 million doses of the Swedish-British vaccine AstraZeneca in the framework of the Covax initiative aimed at ensuring access to vaccines for developing countries. However, as a precautionary measure, Cameroon suspended the vaccination plans due to suspected adverse reactions in people who were vaccinated on March 18. According to health authorities, the vaccine will not be used if there are doubts about its side-effects.

"The AstraZeneca/Oxford product is a viral vectored vaccine called ChAdOx1-S [recombinant]. It is being produced at several manufacturing sites, as well as in the Republic of Korea and India. ChAdOx1-S has been found to have 63.09% efficacy and is suitable for low- and middle-income countries due to easy storage requirements," the World Health Organization (WHO) indicated in a February 15, 2021, release.

The WHO has approved the vaccines produced by AstraZeneca-SKBio (Republic of Korea) and the Serum Institute of India (both versions of the AstraZeneca/Oxford vaccine) for emergency use and gave its go-ahead for them to be deployed globally through Covax. On March 19, the Russian Direct Investment Fund (RDIF) announced that Cameroon had approved its Sputnik V vaccine (the statement was confirmed last week by the Ministry of Health but the terms of the agreement are still unknown).

Developed by the Russian Ministry of Health's National Center for Epidemiology and Microbiology (Gamaleia Center), Sputnik V claims 91.6% efficacy (almost as good as the US vaccines Pfizer and Moderna) and is said to offer full protection against severe forms of Covid-19.

China's Sinopharm vaccine, on the other hand, is reportedly 79% effective. It has already been used in some African countries, like Seychelles. Recently, China even donated several doses of the vaccines to Equatorial Guinea and Gabon (100,000 doses each). The current question is whether China will donate doses of Sinopharm to Cameroon or the country will purchase them.

On March 26, 2021, during an audience with the Minister of Public Health,  MTN Cameroon's CEO, Stephen Blewett, said his parent company has funded the purchase of vaccines for several African countries where it operates, thanks to the African Union's (AU) Go Africa initiative. He also added that the MTN Foundation was willing to fund the vaccine purchase for Cameroon.

Since the beginning of the epidemic, Cameroon has reported 49,292 positive cases and 743 deaths, and the more contagious South African variant is reportedly circulating in the country.

For its vaccination campaign, it plans to vaccinate volunteers but "priority targets" are "health workers, people over 50 with comorbidities, vulnerable people, teachers, special groups and the mass."