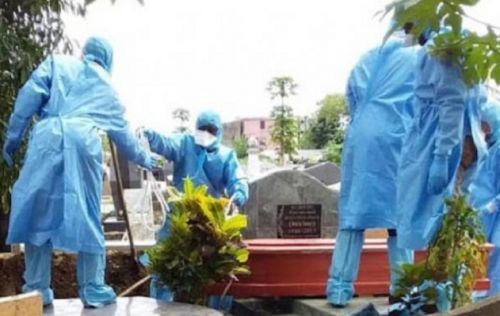 The number of coronavirus deaths has passed the grim 1000 mark. According to the Minister of Public Health (Minsanté) Manaouda Malachie who revealed the information on April 29, 2021, the country has recorded 1,107 deaths since the beginning of the pandemic; 188 of them were recorded within just three months.

Overall, Cameroon has recorded 72,250 positive cases, of which 64,572 people have recovered, according to the figures communicated by the Minsanté during the April 2021 cabinet meeting. Manaouda Malachie adds however that an analysis of the available figures shows that the pandemic is under control and the transmission curve has been stabilized.

To date, 6,683 people have been vaccinated, including 51% of health workers, we learn. The vaccination campaign will soon be extended to people with comorbidities and those over 50, thanks to the additional vaccine doses the country received. Indeed, On April 17, Cameroon received 391,200 doses of the AstraZeneca vaccine out of an expected 1.752 million doses. Those doses complement the 200,000 doses of the Chinese Sinopharm vaccine donated by China. Also, Cameroon has ordered 4 million doses of the U.S. Johnson & Johnson’s vaccines.

The government's target is to vaccinate 5 million people by the end of 2021, then 15 million people in 2022, and so on, to immunize most of the population. According to health authorities, vaccines and preventive measures are the most effective ways to reduce the pressure on the health system as well as the number of deaths and severe cases.