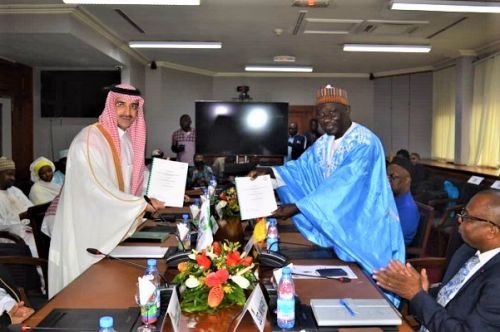 Cooperation: Saudi Arabia to grant a CFA6bn loan for the Mbalmayo hospital project in Cameroon

The Cameroonian Minister of Economy (Minepat) signed a deal last August 26 with the CEO of the Saudi Fund for Development for the construction of the regional hospital in Mbalmayo, a town located about 40km south of Yaoundé.

This agreement will see the Saudi Fund grant a loan of CFA6.7 billion to support this project valued at more than CFA22 billion. Other partners including the Arab Bank for Economic Development in Africa (CFA6.7 billion) and the Kuwait Fund for Arab Economic Development (about CFA6 billion) are also granting a helping hand while the Cameroonian government will contribute CFA2.4 billion.

According to Minepat, the project consists of the construction and equipping of a third-level general hospital with a capacity of 200 beds. The facility is expected to specialize in the treatment of serious burns, in addition to other specialties, including internal medicine, surgery, pediatrics, gynecology, maternity, ophthalmology, and psychiatry. It will be built on a 14,000 m2 space with the operational health services covering 8,500 m2.

The project also includes the rehabilitation of roads and their connection to the national road network to facilitate access to the hospital.