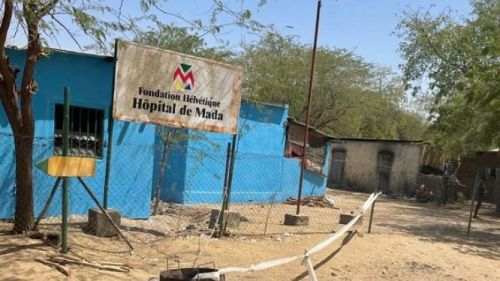 The Swiss hospital of Mada, in the commune of Makary (Far North), is due to reopen next October 2, three months after the July 2 terrorist attack that killed one person and injured many others. The information was reported by the newspaper L'Œil du Sahel, which cited medical sources.

For this reopening, we learned, the Ministry of Defense (Mindef) validated the request of this private hospital to reinforce its security. Traditional authorities of Makary had also pleaded with the administrative authorities to assign more law enforcement personnel to protect the facility and the health care staff. Now, about 20 security officers are on the site, compared to 9 before this attack, which forced the hospital to close, depriving thousands of people of access to local health care, said the UN Office for the Coordination of Humanitarian Affairs (OCHA).

"Populations suffering from serious pathologies are forced to go to Kousseri or to cross the border to Chad, more than 100 km away, to be treated," the UN body indicated in its August 2022 situation report on the Far North region. Let's note that the Mada Hospital is one of the few health facilities in the region equipped to treat a special range of conditions and provide care to severely injured people, including those injured by improvised explosive devices (IEDs).