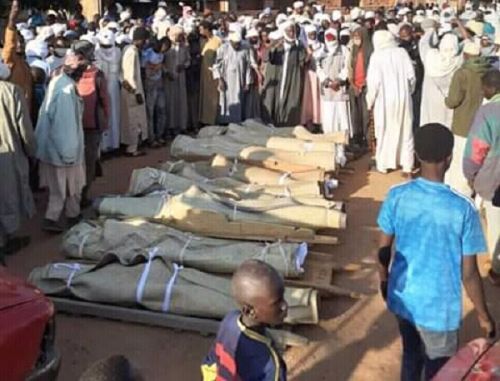 Fire kills 14 members of the same family in Guider, Cameroon

Fourteen members of the same family died in a fire during the night of Thursday, November 26 to Friday, November 27 in Guider, capital of the department of Mayo-Louti in the Northern region.

The father of the family, Aladji Sali Hambo and the rest of the household, including two 2-year-old twins died. Only a 15 year-old boy was able to escape the fire although with some burns, according to Cameroon Tribune.

According to the public media, the teenager was taken into care at the Guider hospital. "His life is no longer in danger," assures his uncle, Amadou Sali. At the time of the tragedy, the eldest member of the family, Amadou Sali, was not at home.

An investigation by the Public Prosecutor's Office has been opened to determine the causes of the fire. The prefect of Mayo-Louti visited the scene of the disaster to inquire about the situation and offer the government's condolences to the family. The 14 victims were buried on Friday in accordance with Muslim tradition.