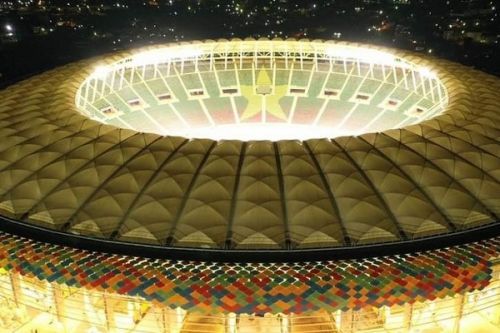 Olembe Stadium will host one of the two semi-finals and the final of the 33rd edition of the African Cup of Nations (CAN). The Organizing Committee of the Confederation of African Football (CAF) has unanimously decided to lift the suspension imposed on the 60,000-seat stadium because of the deadly January 24, 2022 stampede.

"CAF, the Local Organising Committee and the Government of Cameroon having significantly increased security and resources at the Olembé Stadium, are confident that the safety and security of spectators and visitors will be assured," reads the press release issued by CAF at the end of a meeting to decide on the fate of the Olembe stadium in this pan-African competition.

The meeting was convened by Patrice Motsepe,  President of the CAF, after receiving a report of the corrective measures taken by the Cameroonian government to guarantee the safety of fans in stadiums.

Overall, 27 ‘strong measures have been taken, as the local organizing committee reveals. Those measures convinced the CAF. Hence the suspension lift. “ Having noted the recommendations and undertakings from Government regarding additional security provisions over and above those which were already successfully implemented at the Ahmadou Ahidjo Stadium during the Morocco and Malawi match and at the Japoma Stadium during the Gambia and Cameroon match, the CAF Organising Committee unanimously agreed to lift the suspension imposed on the Olembé Stadium and allow one of the Total Energies AFCON Cup of Nations Semi-Finals, as well as the Final Match, to take place at the Olembé Stadium,” the CAF explains.