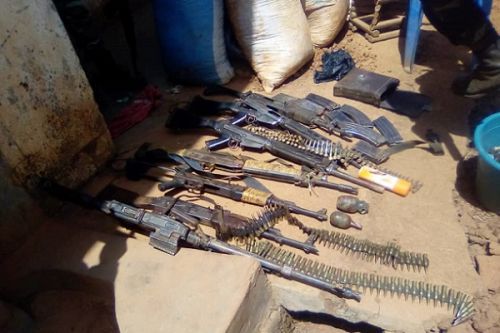 North-West: Four gunmen killed, others wounded in an attack on an army post

Gunmen attacked an army post in Bambalang, North-West, in the afternoon of Saturday, January 29. According to a security source, four of them were killed and two others wounded when the army fought back.

Another source claims that only two gunmen were killed: one during the gunfight and the other when the attackers were retreating and at least six were wounded. Both versions are nevertheless unanimous about the army not sustaining any casualties.

For the moment, the attack has not been claimed by any separatist group. In Bambalang, several separatist groups are active. They include  "Marines of Bambalang," the militia led by the notorious ‘General No Pity’. This militia commander is responsible for the death of several soldiers and members of the security forces. Last September, for example, he claimed responsibility for the attack on a convoy in which 15 soldiers were killed.