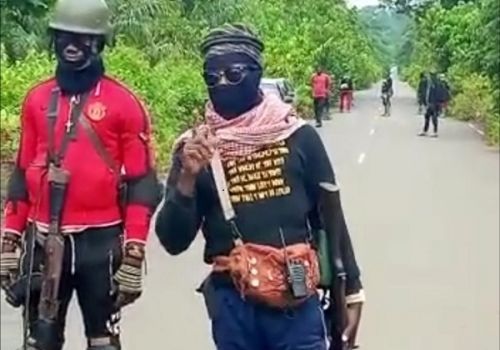 A militia leader known as General Air Force was killed on Saturday, May 28, in an army ambush in the Manyu department, Southwestern region. According to security sources, the militiaman, who was attempting to flee an assault by the military was shot between the villages of Ogomoko and Afab. The military operation also neutralized a second militiaman and injured several others.

The militia leader appeared in a video widely shared on social media to announce a “lockdown” in the department of Manyu on the national celebration day May 20.  He said that the Mamfe-Ekok road would be closed and that anyone who ventured there, civilian or military, would be killed. According to security sources, he had planted improvised explosive devices in the area.

After a lull for several months, attacks have resumed in the Northwest and Southwest regions. Clashes continue between the army and the separatist groups.