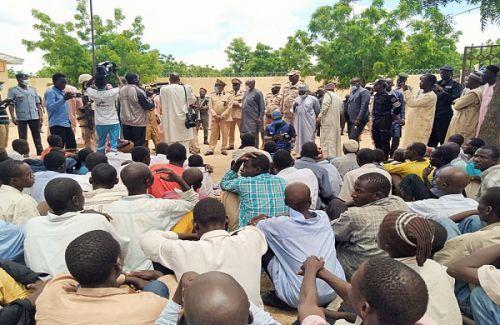 Some 268 former Boko Haram members (children, and women for most of them) returned to Nigeria on August 29, after being in Cameroon for weeks.

According to Sembe TV, a channel that provides information on conflict-stricken communities in Cameroon, dozens of Boko Haram fighters and their families had surrendered to authorities in Kolofata.

To explain the wave of defections in the ranks of that terrorist sect, some analysts point at the change of leadership. Indeed, since the death of Aboubakar Shekau, former head of Boko Haram who died in an internecine war with the Islamic State in West Africa Province (ISWAP), in May, some Boko Haram fighters started fleeing to Cameroon. The arrivals forced Cameroon to create new reception facilities, other than the Meri demobilization and reintegration center.

"The Meri temporary center is already full. We have been forced to host them in Mora and two sites near my office. The divisional officer has requisitioned the Mora women and family promotion center to help lodge close to 200 former Boko Haram combatants and their families," CRTV reports, quoting Oumar Bichaïr, head of the Meri demobilization center that is currently lodging 1,447 former Boko Haram fighters. Most of them, 846 specifically, are Nigerians.

Cameroon officially started fighting Boko Haram in 2014. Since then, thousands of people have succumbed and many more have been obliged to flee.