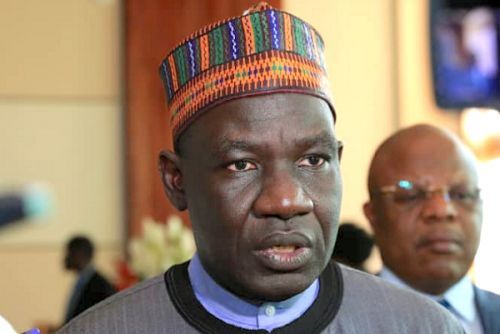 Alamine Ousmane Mey: in the name of the father and the son

Though he is Cameroon’s Minister of Economy, Planning, and Regional Development, Alamine Ousmane Mey rarely intervenes in the country’s politics. For example, he’s never been seen defending the CPDM, the ruling party founded by President Paul Biya.
Being withdrawn, however, does not make him any less influential in Cameroon. He owes this influence, primarily, to his filiation. Alamine Ousmane Mey’s father, Ousmane Mey Abba, was a federal inspector from 1968, then governor of the large Northern Province (1972-1983). When Ousmane Mey senior passed away in January 2016, President Paul Biya sent his Minister of Defense, Joseph Beti Assomo, to express his condolences to the family. The late Ousmane Mey Abba, concordant testimonies attest, had the respect of President Paul Biya, as he was close to Cameroon’s first president, Amadou Ahidjo.

Alamine Ousmane Mey (the son) is also a friend of Franc Biya, the President’s son. On many occasions, the two were seen together. Besides, Ousmane Mey also has ties to the business community. The 50-year-old headed Afriland First Bank, one of the country’s most important banks, owned by Paul Fokam. When he was leading the bank, it greatly supported Cameroon, participating in several fundraising operations of the central government and parastatals.

Ousmane Mey became the minister of economy and planning on March 2, 2018. This ministry plays a major role in the implementation of the development strategy that Paul Biya laid out for the country. Before that, this electronics engineer, by training, was the minister of finance, for seven years–a record in Cameroon.

In 2016, when Paul Biya aided Chad’s former President, he sent Alamine Ousmane Mey as an emissary for the delicate mission.

Many believe that Alamine Ousmane Mey could gain even more influence, in the event the power returns to the north. These observers claim that the Kotoko’s filiation and professional background play in his favor.