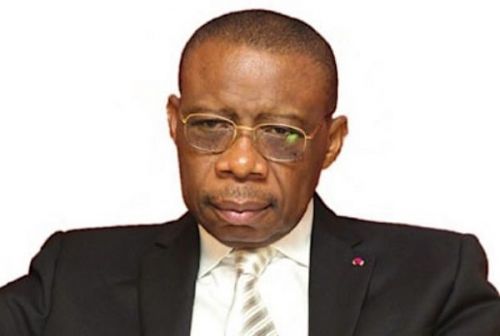 Most Cameroonians consider André Magnus Ekoumou the nation’s most important ambassador. A graduate of the International Relations Institute of Cameroon (IRIC), he has been heading, since June 30, 2020, the embassy in France. This embassy is one of the most important Cameroon has, along with those in the US and Switzerland.

There are two points worth noting, however. First, Cameroon’s embassy in France covers several western Europe countries. Second,  André Magnus Ekoumou also represents his country in some international institutions such as the International Organization of the Francophonie (OIF) or the United Nations Educational, Scientific and Cultural Organization (UNESCO).

The ambassador’s influence is mainly attributable to the historic and strategic relationship that exists between Paris and Yaoundé.

“Surely, there are new partners in Cameroon but France, regardless, remains Cameroon's biggest partner. Because France is the country with which Cameroon has most relations,”  said a diplomat posted in Yaoundé.

France and Cameroon indeed have a special relationship. And that is proven by the privilege granted to the French ambassador to Cameroon. The European official is one of the few foreign diplomats who regularly meets with President Paul Biya, for hours…

Cooperation with France covers key sectors like defense, finance, and currency.  “These interests are so strategic and important that the president needs only a trustworthy person for the task,” our Yaoundé-based diplomat added. And André Magnus Ekoumou, a gallophile who lived in the vineyards of Champagne-Ardenne, can indeed qualify as a trustworthy man.

A very discreet man, Ekoumou attends most of the audiences that the President of the Republic grants distinguished guests. On such occasions, the ambassador is often seen taking notes, in the back.

André Magnus Ekoumou spent most of his career at the side of the Head of State. When he was appointed to represent Cameroon in France, the diplomat, who is in his 60s, was about to retire to his native town, Mefou-et-Akono. Replacing Alfred Nguini, he was picked to restore Cameroon’s honorability after protesters broke into its Paris embassy, located at 73 rue d’Auteuil, among others.

To achieve this mission, Ekoumou preaches unity and cohesion to all Cameroonians who live in France. There are about 100,000 of them, according to the French embassy in Yaoundé. “The number of Cameroonians in France and the French of Cameroonian origin is estimated at 100,000, with a significant number of highly qualified people,” the embassy said.

Before his appointment as Cameroon’s ambassador to France, André Magnus Ekoumou, a seasoned diplomat, was one of Paul Biya’s economic affairs advisors.