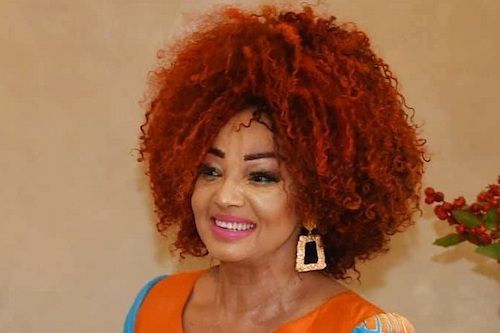 Chantal Biya, born Chantal Pulchérie Vigouroux, is Cameroon’s First Lady. While she has no official status, Paul Biya’s wife has the assets to be influential in politics. And like most wives, she has the love and ear of her husband, the “Lion Man”, and this somehow makes her the President’s unofficial advisor–a role that seems to have gained importance since she arrived at the Unity Palace, at 24. Once mocked because of her modest background and public blunders, the First Lady is now believed, by political actors, to influence major political decisions, including important appointments.

Another major stronghold of the First Lady is the Cercle des Amis du Cameroun (CERAC), a foundation she chairs. This humanitarian foundation gives her access to an address book that includes all female senior officials (even elected officials), wives of senior officials, and members of the diplomatic body accredited to Cameroon. At least once every year, at the presentation of the vows, the women of her address book come to pay Chantal Biya their respects.

Madam Biya, who will soon turn 52, has four children and is much liked by the people. Although her atypical hairstyles and colorful outfits arouse curiosity, she mostly owes her popularity to initiatives aimed at improving health and education in Cameroon. These are the areas where she is most active and visible, and these make her the President’s people-cherished asset.

Besides the CERAC, the Chantal Biya Foundation is another tool that helps the First Lady in her humanitarian actions. Launched in 1994, shortly after she married the President, the foundation backs projects aimed at reducing poverty and fighting diseases, AIDS notably, in the country.

Her NGO is a key partner of international organizations, fostering access to drugs and helping AIDS-infected children. Synergies Africaines is another initiative that Chantal Biya set up, on 15 November 2002, in Yaoundé to tackle AIDS and poverty. This pan-African association helps “demonstrate” Cameroon’s political will in this area.

"Cameroon’s First Lady plays an absolutely exceptional role in the fight against AIDS, not only in Cameroon but in all of Africa. I was able to see for myself the actions of the Chantal Biya Foundation, especially the prevention of mother-to-child transmission of HIV-AIDS (...), the work of Synergies Africaines, etc. For me, Chantal Biya is one of the spearheaders of the fight against AIDS in the world," said former executive director of the Joint United Nations Programme on HIV/AIDS (UNAIDS), Peter Piot. This was after an audience with the First Lady in June 2003 at the Etoudi Palace in Yaoundé.

An emblematic figure in the fight against the AIDS pandemic, "Chantou", as she’s popularly called in the country, is also involved in reproductive health with Chracerh. She makes donations for poor and disaster-stricken people, helps rural women in many ways, and helps build and equip schools all over the country, especially in Dimako, the Eastern town where she was born on December 4, 1970.

The First Lady was recognized and rewarded internationally for her humanitarian commitment. Some analysts claim that her charity works helped give Cameroon a positive image abroad, while contributing to President Biya’s legitimacy, in a context where his long-ruling is still not well perceived–especially by Western countries.