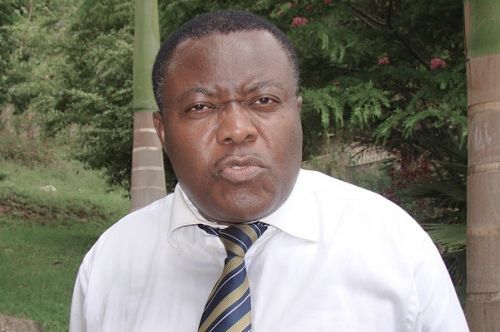 Jean de Dieu Momo was appointed Minister Delegate to the Minister of Justice of Cameroon on January 5, 2019. A surprising turn of events, given that between 2004 and 2011 the position was held by Maurice Kamto, a man with whom Momo has been quarreling for some time.

The surprise was even greater because Momo had been opposing the government for a long time. A human rights attorney, Jean de Dieu Momo first came to the spotlight with the case of the “9 disappeared of Benpada”. Afterward, he became president of a political party: The Democratic Patriots for Cameroon’s Development (PADDEC), a party established in March 2010.

With this party, Momo ran for President in 2011, on October 9. "The act I took this morning is a major act that announces the liberation of Cameroon," he said while coming out of the polling station that day. However, he won only 23,791 votes, against over three million for President Paul Biya.

Seven years later, on July 20, 2018, a coalition of 20 political parties (G20) signed a motion of support for Paul Biya, for the October election. Surprisingly, Momo, who was Biya’s opponent, was among the signatories. "I have chosen not to play games or take any campaign money," he explained. The surprise was even greater on January 5, 2019, when Momo became a minister, appointed in the place of many who had been expecting the position.

What is most astonishing is that until then Jean de Dieu Momo was a featherweight in Cameroonian politics. After the 2011 presidential election, his party failed to get even one deputy elected but garnered a few votes in the commune of Dschang (where he is native) during the legislative and municipal elections of September 2013.

Nowadays, Minister Momo owes his popularity mainly to his rants, on social networks, against Maurice Kamto and his party, the MRC. Moreover, the decree of January 5, 2019, did not allow him to expand his representativeness. His party could not have either deputy or mayor at the end of the legislative and municipal elections of February 2020.