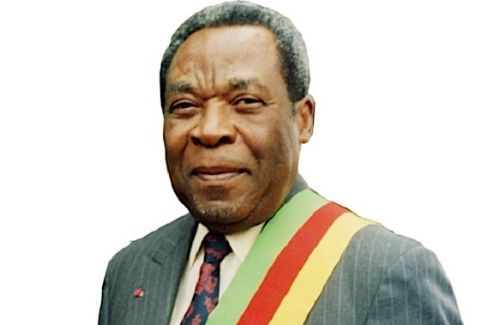 Marcel Niat Njifenji, 86 on October 26, 2020, was chosen by President Paul Biya himself to be Cameroon’s constitutional successor. This position requires him to lead the country’s transition in case of a vacancy of the presidency of the Republic due to death, resignation, or permanent impediment. The man became the very first president of the Senate on June 12, 2013, after being appointed senator by the President of the Republic. The two men met a few days later at the Unity Palace where Marcel Niat Njifenji expressed his "gratitude" to the Head of State for "his confidence".

The appointment of the native of Bangangté by Paul Biya was not expected as he was no longer very active in the political landscape since he was replaced as mayor of his city in 2007 by the current Minister of Housing and Urban Development, Celestine Kectha Courtès. Indeed, Marcel Niat Njifenji turned his back on politics for the first time in 2001 following the privatization of the national electricity company (Sonel). The constitutional successor, a graduate of the Ecole Supérieure d'Electricité de Paris, ran the company for nearly two decades. At one point, he even combined this position with that of Deputy Prime Minister in charge of Mines, Water, and Energy.

Many analysts believe that Paul Biya made his choice out of loyalty since both he and Niat studied in France and began their administrative careers in the 1960s. Niat, who is one year younger than Biya, strongly supported the return to multiparty politics in the 1990s. Faced with the rise of the Social Democratic Front (SDF) in the western region, he acted as a bulwark for the ruling Cameroon People's Democratic Movement (CPDM). The former minister even set up the Circle of reflection and action for the triumph of renewal (Cratre).

However, the unexpected appointment of this member of the CPDM Central Committee did not restore his political status. "His leadership is contested even in his native district Ndé," said a connoisseur of local politics. "If it were up to him, Célestine Kectha Courtès, for example, would never have been appointed minister," he adds, to show that the country's second most important figure is not even the kingmaker in his native region. The defeat of his son Eric, who was seeking to be the head of the municipal executive of Bangangté after the municipal election of February 9, 2020, confirms this comment.

Analysts said this is also because the Senate actually plays an advisory role in legislative matters. In most cases, the Senate’s opinions on legislation are ultimately submitted to the National Assembly for consideration. The power of the senator is linked to his protocol rank and above all to his status as a constitutional successor.