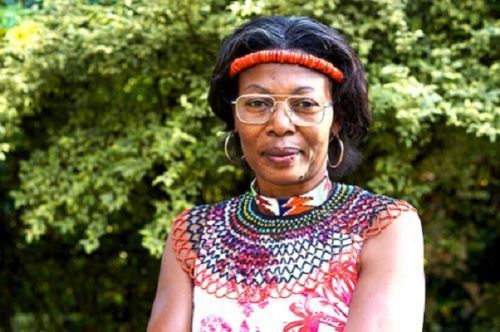 Apparently frail, yet fearless, Maximilienne Ngo Mbe bows to no one or nothing when it comes to fighting for human rights and fundamental freedoms. Those, she claims, are "two things that are essential to democracy."

The Bassa woman from Sanaga-Maritime has been fighting,  and taking blows, for her convictions over the past three decades: her home was broken into; her offices were ravaged by a suspicious fire on January 26, 2020… Regarding the latter incident, the activist deplored that its origins “were never elucidated by the police”.

However, she often sparks concerning and annoying scandals, in particular for the Cameroonian government. In July 2018, for example, she denounced the arbitrary killing, by Cameroonian soldiers, of two women and their children in the Far North region. This was bad press for those in power, especially since they were preparing for the elections in which President Paul Biya was to run.

Shortly after the issue came to light, however, the government denied the army’s involvement in it. Still, Maximilienne Ngo Mbe, unfazed by the subsequent intimidations and threats, relented not. Used to conflict-stricken zones, REDHAC teams decided to visit the site concerned and cross-check what was shown in the three-minute video containing the dramatic scene.

Afterward, the BBC, Amnesty International, and Bellingcat (an investigative website) carried out a collaborative investigation, with the help of some internet users, to find out what really happened.

After two months of research, the investigators were able to confirm where and when (between March 20 and April 5, 2020) the crime happened. Cornered, Yaoundé finally ordered the arrest of seven soldiers, including a lieutenant, all suspected of being involved in the homicide.

Many are those who appreciate Maximilienne Ngo Mbe for her commitment against arbitrary killings and other abuses the army is accused of. She was at the forefront of the campaign denouncing the tragedy of Ngarbuh (Northwest) and recently the alleged death of civilians in Mautu in the Anglophone crisis’ context.

Nevertheless, some people in the government aren’t very fond of her bold comments, or harsh criticism of the army. Paul Atanga Nji, minister of territorial administration, is among those. He suspects that Ngo Mbe’s organization finances “those who seek to destabilize” Cameroon. While it may seem far-fetched, this theory has been drawing more believers since Maximilienne Ngo Mbe has, on multiple occasions, supported Maurice Kamto, an opponent of the ruling party accused of hatching an insurrectionary project.

In response to these accusations, the African Union’s democracy and governance expert said: “Again and again, I have heard what Professor Kamto Maurice said and not once have I heard the word ‘insurrection’. I read the text in which he claims his right to freedom of opinion and protest and since he was released, what we have been witnessing is purely and simply witchcraft in broad daylight.”