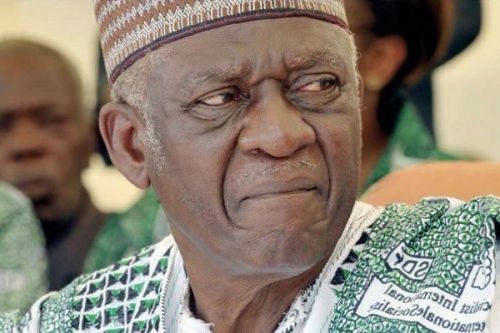 Ni John Fru Ndi, 79, no longer dreams of the palace of Etoudi. For the presidential election of October 2018, the one who remains chairman of the Social Democratic Front (SDF) passed the baton to his protégé Joshua Osih, vice president of the party. The elections ended with 3.35% of the vote for SDF, which finished 4th. President Paul Biya won 71.28% of the vote, far ahead of Maurice Kamto of the MRC (14.23%) and Cabral Libii from the Univers party (6.28%). Activists agree that the Anglophone crisis that has been ongoing in the North West and South West regions since 2016, is the reason behind the poor performance of MP Osih. The fact remains that this outcome has strengthened the former bookseller as the only legitimate leader of the party. Many leaders nostalgic for the 90s believe that the old baron of Ntarikon (on the outskirts of Bamenda), who was defeated in 1992, 2004, and 2011 by the Lion of Mvomeka'a, would have done better. This means that despite his age, Fru Ndi, who led the opposition for 28 years under Paul Biya, still has some political influence.

Even though the influence of the Social Democratic Front has significantly dropped, John Fru Ndi has still maintained his lead in the Northwest. Although he has been regularly defeated by President Paul Biya at the national level, the SDF chairman has almost always dominated in the Northwest with 86.3% of the vote in the 1992 presidential election and 68.16% in the 2004 presidential election. These results, coupled with his status as patriarch, make him a man respected by the Anglophone community. He was sought after and watched by the government and respected even by some separatist militias.

John Fru Ndi is very cautious about the solutions proposed by the government to address the crisis but he is also equally against the exactions of armed gangs that kidnap, steal and loot the population. He believes that dividing Cameroon is not an option and that decentralization will not fundamentally meet the aspirations of the Anglophone community. He advocates for federalism. The truth is the government needs the support of John Fru Ndi and his party in the National Assembly and Senate to make it through this war.

As a reminder, this opposition leader was one of the major players in the great national dialogue organized by Yaoundé in October 2019. He agreed to support this initiative, which he considered a chance to restore peace.