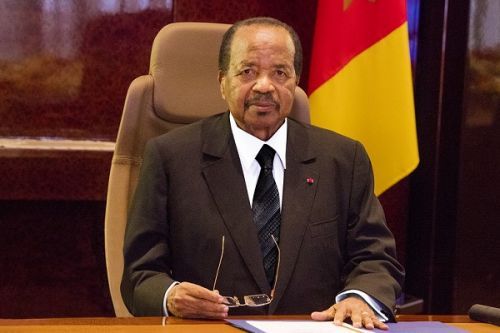 Since Cameroon got its independence, Paul Biya has been in the upper echelons of the Republic. He began his career as a task officer at the Presidency of the Republic in 1962 and gradually climbed the ladder to become President of the Republic in 1982 following the resignation of Ahmadou Ahidjo, Cameroon's first head of state. This position places him at the center of the political game.

"Because of the presidential nature of the regime [...] Much more than the "keystone" that General de Gaulle said to describe the president of the Fifth Republic in France, the Cameroonian head of state is at the core of the institutional structure," said the former secretary general of the cabinet councils (2005-2016), Fred Ebongue Makolle, in his book "Le travail gouvernemental au Cameroun. Organisation, principes et méthodes d’action ," published in 2019 by Afrédit Editions.

The powers of the President of the Republic as defined in Chapter 1 of the Constitution make him a "republican monarch”. He is the head of the armed forces, represents Cameroon in all acts of public life, appoints to civil and military posts of the state, exercises regulatory power and the right of pardon, creates and organizes the public services of the state, and may extend his powers by declaring a state of emergency or exception, etc. He also appoints the Prime Minister, determines the powers, appoints and terminates the functions of the other members of the government. As Fred Ebongue Makolle said, the President of the Republic is "a sort of alpha and omega" of government activity in Cameroon.

Paul Biya's weight in Cameroon's political environment is further increased by his position as leader of the Cameroon People's Democratic Movement (CPDM). In addition to controlling almost all the communes (316 out of 360) and regions (9 out of 10), the ruling party has an overwhelming majority in parliament (152 out of 180 deputies and 87 out of 100 senators). This implies that Paul Biya indirectly also controls the legislative power. According to the constitution, he is "the guarantor of the independence of the judiciary”. He appoints magistrates and chairs the Supreme Council of the Judiciary.

Paul Biya exercises these extensive powers with a certain mystery, according to some of his collaborators. They speak of him as an unpredictable and unreadable person. While the opposition and the media, especially the international media, present him as a "permanent vacationer," his closest collaborators, even those who have fallen from grace, say he is a "hard worker”. The president is also said to be particularly concerned with political efficiency. For some, this is one of the secrets of his continued leadership since 1982. Fred Ebongue Makolle, after analyzing all governments formed by Paul Biya since he took office, also concludes that "political rationality is paramount” for the president.