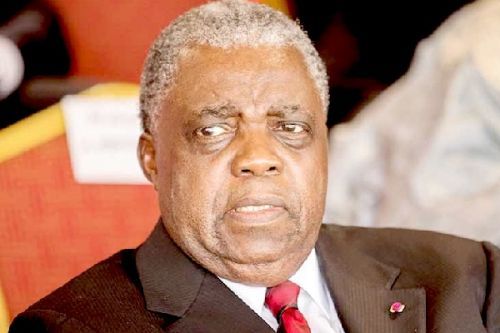 René Emmanuel Sadi: a member of the elite

René Emmanuel Sadi, 74, has spent all his career at the Unity Palace. He started as the last cabinet director of Ahmadou Ahidjo at the age of 34, then continued with Paul Biya.

He was appointed in turn diplomatic adviser to the Head of State in 1985, Deputy Director of the Civil Cabinet (1995), Deputy Secretary General of the Presidency (2004-2007), and twice Minister in charge of missions at the Presidency. He has accumulated 28 years of high functions in the presidency.

This discreet diplomat knows a lot about the management of the country, having been for a long time in the closest circle of the head of state, whom he has accompanied on almost all his trips.

René Emmanuel Sadi is respected and even feared in the Unity Palace. He was said to be the one writing Paul Biya’s speeches at some point. And if he has long been away from the spotlight, things have taken a new turn since 2004, when he was appointed Secretary General of the CPDM Central Committee (ruling party). He then became Minister of Territorial Administration in 2011 and since 2019, he is Minister of Communication.

With more than 40 years at the top of the decision-making sphere, including a decade (2011-2022) as a member of the CPDM political bureau, Rene Emmanuel Sadi is among those who know a lot and say little about the Biya administration. Some also see him as a potential successor of Paul Biya. The man from Ntui seems to take care of his image and works to keep himself away from any scandal that can ruin his reputation.