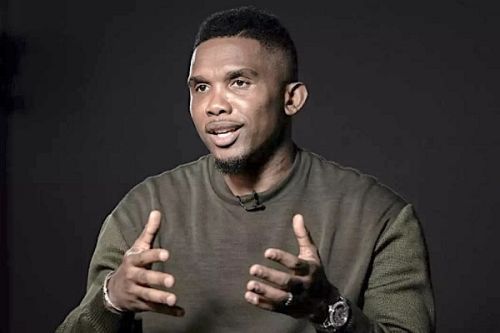 The four-time Ballon D'or winner secured the position which many thought inaccessible to athletes. Doing so, he proved how influential he is in Cameroon, both with those in power and the people. To achieve his goal, Eto’o even reportedly threatened to have his fans walk in the streets in protest.

One thing is certain: Samuel Eto’o is a well-connected man. A few months after becoming the FECAFOOT’s boss, he managed to get his former teammate, Rigobert Song, appointed as the head coach of the country’s male soccer team, on the orders of President Biya. Eto’o, it should be emphasized, publicly supported Paul Biya during the 2018 elections, and urged his fans to do the same.

Getting Song appointed was significant because it happened only a few days after the minister of sports, Narcisse Mouelle Kombi, announced that Toni Conceiçaio would keep the position. This was after the team had won third place at the African Football Cup of Nations (AFCON). Eto’o, however, contested, and overturned Kombi’s announcement, claiming that only the FECAFOOT could take decisions related to the administrative, sports, and technical management of the national soccer teams.

Let’s note that the ex-Barcelona star player had done everything to ensure that the 2022 AFCON would be held in Cameroon, as planned. This, despite delays and pressure from the AFCON’s president, Ahmad Ahmad. FIFA even considered postponing the event, due to a Covid-19 upsurge, but Eto’o didn’t want his country to miss, again, the chance to host the tournament, as it did in 2019. The AFCON was held in Egypt that year, because of the slow pace of preparations and security concerns in Cameroon.

All his achievements, from Song’s appointment to the AFCON’s successful hosting, made the 41-year-old more popular than ever in his country. “‘Eto’o peut’ (Eto’o can, in English),” has, as a result, become the rallying chant of his biggest fans, in reference to a slogan of a telecom operator that picked Samuel Eto’o as a brand image.

Friends with those in power

Eto’o’s influential network extends far beyond Cameroon. "From the Turkish President to Qatar’s Emir, or Congolese President, Felix Tshisekedi, the Fecafoot’s new president has a thick address book, with contacts in the soccer, politics, and even economic worlds,” wrote Jeune Afrique, a pan-African magazine. According to the magazine, Samuel Eto'o facilitated the commercial partnership between Rwanda and Paris Saint-Germain (PSG), a French club owned by Qatar’s Emir. In April 2019, the former player was appointed ambassador of the 2022 World Cup which is set to take place from November 21 to December 18, in Qatar.

Not everyone is pleased with Eto’o’s influence, some media claim. These critics, the media report, believe that the former player may be eyeing the presidential seat, at the Etoudi Palace. These rumors were further fueled by Samuel Eto’o’s discretion during the last AFCON opening ceremony, on January 9. Some believe that he was trying to contain his aura that day, at the Olembe Stadium in Yaoundé.

In a video that was widely shared on social networks, Eto'o, himself, tells Congolese artist Fally Ipupa not to chant his name at the ceremony. "No, please, don't put in trouble. There is only one President here in the country and he is here today," he says in the video. Could such humility hide political ambitions, ambitions to be at the top of the country? Maybe, but for now, the charismatic native of New-Bell, Douala, is only at the top of the Fecafoot. For now…