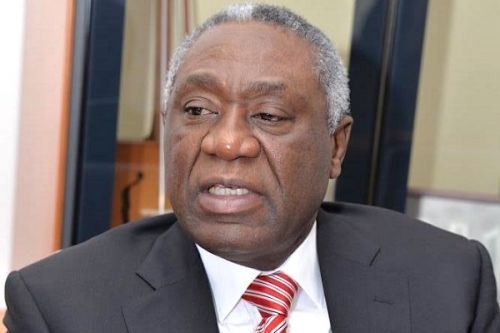 Samuel Mvondo Ayolo: so close to the president

"The crisis we are talking about is being managed properly and appropriately [...] you should know that Cameroon is well governed." That is the comment made in October 2017, a year after the Anglophone crisis started, by Samuel Mvondo Ayolo. He was responding to Radio France Internationale, which relayed the concerns of a Cameroonian opponent about an apparent vacancy at the top of the state.

However, in practice, Minister Samuel Mvondo Ayolo instructs other ministers on behalf of the Head of State, he has control of the President's agenda and is a source of information for the President. All of these give him influence and power far beyond the December 2011 decree and extend to Cameroon's domestic and international political affairs.

The relationship between Paul Biya and Samuel Mvondo Ayolo is not only that of two collaborators but rather that of a father and his “son”. Samuel is the son of a rich cocoa exporter from the southern region but also one of the many protégés of the President. According to several corroborating sources, this graduate of Sciences Po Paris had already been adopted by the Biya family when the President was still Secretary General of the Presidency of the Republic.