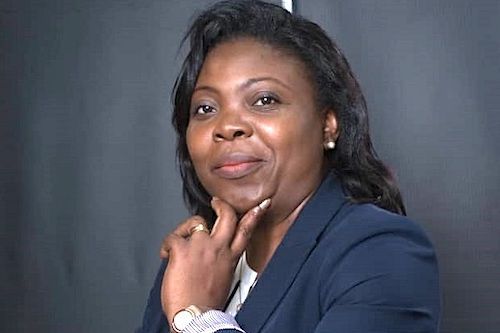 Viviane Ondoua Biwole: the boldness of a feminist

Her commitment to good governance and the principles of modern management within the Cameroonian public administration is incorruptible. For Viviane Ondoua Biwole, the fight against bad management practices is a fight of conviction.

And even though her positions on the counterproductive longevity of the mandates of the heads of public enterprises cost her her seat as deputy director general of the Institut Supérieur de la Gestion Publique (ISMP), she sticks to them. Viviane Ondoua Biwole is very iconoclast and keeps the same energy when it comes to questioning the management of public affairs in the country. The 49-year-old Governance Specialist taught management for 20 years at the University of Yaounde II before being called by Yale University, one of the most prestigious universities in the United States, where she is an associate professor.

She has written numerous books, articles, and opinion pieces that have been widely read and commented on.  Her blog, YouTube channel, and Facebook page have many followers.

During and after the nine years spent in the top management of ISMP, Viviane Ondoua Biwole has gradually built her influence. The positions of the woman who has become a lecturer in 2017 inspire respect. Some present her as an "exception" and sometimes a "reference" in the public debate undermined by socio-political divisions.

Her credibility, reinforced by her double background as an academic and a senior government official, and her undeniable media reputation make her a woman who counts and a voice that carries in the public arena.

Although some of her party's supporters criticize her for not respecting the codes of the party, this native of Doumé in the Eastern region proclaims her unwavering commitment to the values of CPDM. Yet, Viviane Ondoua Biwole believes that things must change. She published an article titled "A Cameroonian woman to succeed Paul Biya" (Une femme camerounaise pour succéder à Paul Biya) on March 6, 2020, on the sidelines of Women's Day. The paper was seen in the political world as the expression of political ambition. She did not confirm anything but according to this expert in public management and former inspector of the Ministry of Public Service and Administrative Reform, all competent women have the right, as much as men, to access positions of power and participate in decision-making.