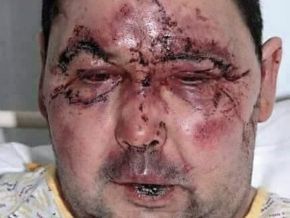 No Libyan diplomat has been beaten in Cameroon!

Some people claim that the diplomat was beaten by “Cameroonian youngsters” in Yaoundé.

Within 24 hours, this image, of a fairly tanned white man with a swollen face, was extensively shared on social media.

Rumors claim that the man is a Libyan diplomat who was beaten by young Cameroonians in retaliation for abuses committed on blacks by his compatriots in Lybia, which CNN reported recently.

The image is a hoax. A Google research revealed that it has been posted online since 2008 to illustrate many posts on violence against men. 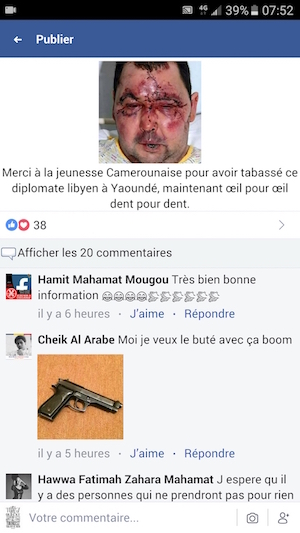 It was initially posted on September 17, 2008, by the “Telegraph” online. The man on the image is not a Libyan; he is English and his name is Gareth Avery. At the time, he was 48 and, the injuries on his face were inflicted by three drunken youths who beat and left him unconscious near his house.

So, this image has nothing to do with Cameroon. Moreover, since the rumors emerged, no such event has been reported neither by local authorities nor by the media.