No, it was never claimed on the game show “Les 12 coups de midi” that Cameroonian girls are the most unfaithful 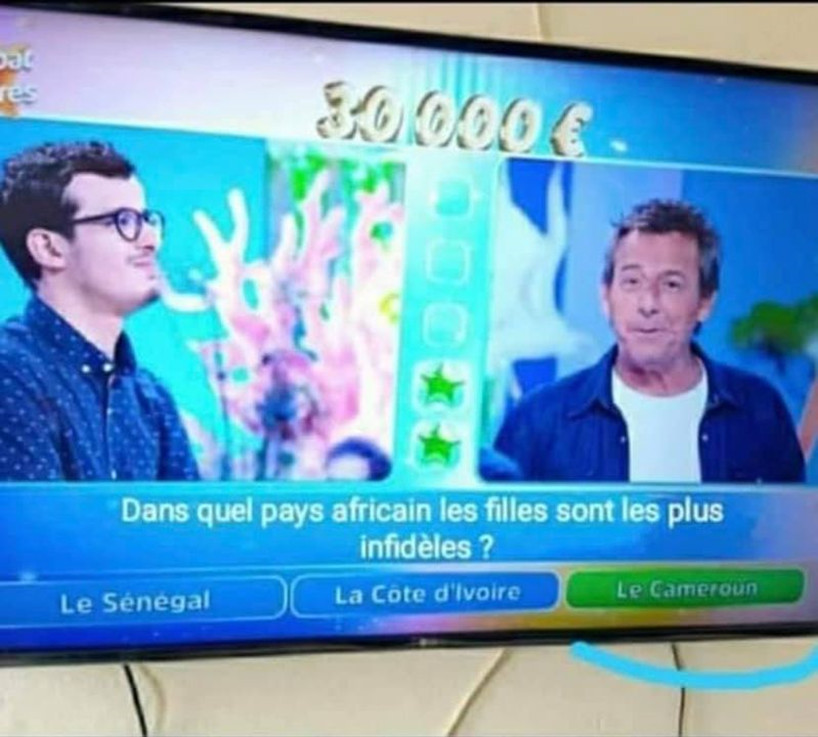 Recently, a curious image surfaced online and is currently being shared extensively on Whatsapp. The image is supposedly a shoot of a question asked during the French game show “ Les 12 coups de midi-Le combat des maîtres,”  aired by French TV TF1, and the answer to that question. The question was: “In which African country can the most unfaithful girls be found ?” According to the image, the answers suggested to that question were Senegal, Côte d’Ivoire, and Cameroon, which happened to be the right choice.

But, things are not like they appear in the image. Stopblablacam watched the whole show and found out that the image is the doctored version of another screenshot.

The program was aired on July 7, 2021, and the real question the host asked was: “What is the nationality of people born in Yaoundé ?” The answer to that question happens to be Cameroon, as a contestant replied.

Without even watching the show, a simple zoom on the doctored image will show that there is something wrong with it because the font size used for the question is different from the one used for the answers suggested.