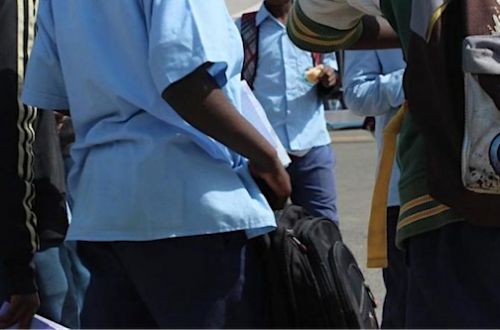 About 40 students were brought before the Court of First Instance of Yaounde on February 25 for possession of drugs and knives. They are mainly students from the bilingual high school of Nkol-Eton and the technical high schools Charles Atangana and Nsam. According to Cameroon Tribune, these students are only aged between 13 and 14.

During an unannounced raid last February 23 on the instructions of the sub-divisional officer of Yaoundé I, gendarmes found narcotics such as Indian hemp and cannabis but also edged weapons (machetes, knives, razor blades, etc.) which are prohibited in schools. Offending students were arrested. "For the young people who were questioned and caught red-handed, I investigated and cleared them. (...) Some will be brought before the courts and will go to jail. I have reported to the prefect. These convictions will serve as an example to deter others," said the sub-divisional officer, Harouna Nyandji Mgbatou, who initiated the operation.

For the administrative authority, it is now time to move on to punishment in the face of repeated acts of violence and incivility in schools. "The phenomenon has taken on worrying proportions, so we must strike. Before my arrival, my predecessor had sufficiently sensitized the community. There is a time for diplomacy and another for action (...) I warned the students, they are warned. Those we are going to take will be treated with rigor," he says.

Schools in Cameroon have experienced in recent periods an increase in criminal acts. On March 29, 2019, a 17-year-old student died after being stabbed by one of his former classmates at the Deido Bilingual High School in Douala. On January 13, 2020, a 26-year-old teacher was stabbed to death by one of his students at Nkolbisson High School in Yaoundé. These tragedies shocked the educational community and the population.

Following the death of this teacher, the Minister of Secondary Education (Minesec), Pauline Nalova Lyonga, had recommended the installation of video surveillance cameras in schools to fight against the growing insecurity in high schools and colleges.

The Minesec also reassured public opinion that the government is working in collaboration with parents' associations and teachers' unions to curb the phenomenon.