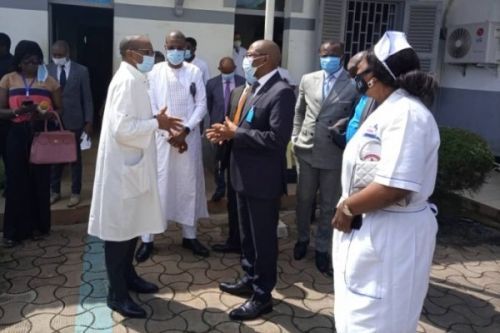 On October 1, the Public Prosecutor ordered an autopsy on the body of Hilaire Ayissi, the 22-year-old who died on September 19 at the Yaoundé Central Hospital (HCY) under circumstances that remain unclear.

The autopsy was finally postponed to October 8 because the relatives of the deceased and the family's forensic doctor who was to perform this medical examination were absent. According to Cameroon Tribune, the family told the prosecutor that they had not had "enough time to prepare".

The autopsy is expected to shed light on the conditions of the victim's death. His family accuses the HCY of having mutilated the body and the medical personnel is suspected of organ trafficking. The body of Hilaire Ayissi has been sealed, following the controversy after his death.

"The authorities and I have referred the case to the public prosecutor and an autopsy will be performed. I want it to be performed by the family's forensic doctor. We do not want to be judge and jury," Professor Pierre Joseph Fouda, director of the HCY, said a few days earlier.

On September 29, the Minister of Public Health (Minsanté), Manaouda Malachie, announced it has set up a team to investigate the case. "The commission of inquiry will have to work to find out who did what, and when the responsibilities are established, everyone will have to answer," the official said.