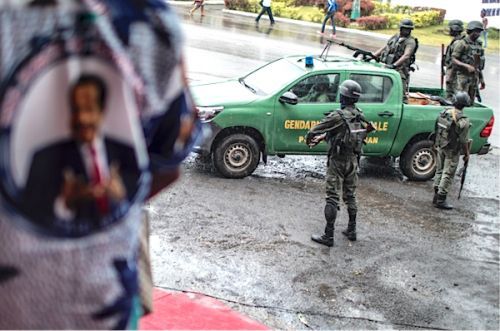 The Bafoussam Territorial Gendarmerie Regiment recently dismantled a gang of kidnappers who were spreading terror in Wum, capital of the Menchum department in the Anglophone crisis-stricken Northwestern region. This was announced by the national gendarmerie on its Facebook page on March 2.

According to the Facebook post, the gang usually leave the Western region to commit their crimes in the Northwest. Taking advantage of the tense security situation in that region, they kidnap and take ransoms from the victims’ families.

They also commit armed robberies and killings, the post informs. All the nine members of the gang were arrested in Bangangté, Bandjoun, Foumbot, and Koutaba, we learn.

Let’s note that kidnappings have become a usual crime in the Northwest and Southwest, where the Anglophone crisis has been raging since October 2016. Not a week goes by without abduction news in those parts of the country.

Since the start of the said crisis, armed gangs have kidnapped state representatives, religious and traditional authorities, company employees, pupils, students, teachers, and foreigners in those two regions. The victims are either released after ransoms are paid or they are simply killed. The most recent case is of the traditional leaders abducted from their homes on the night of February 13, 2021, in Essoh-Attah and murdered by suspected separatists.