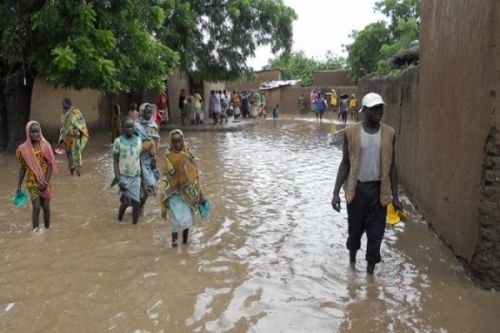 In early August 2021, the heavy rains ongoing in the Far North caused additional material damages. According to state-owned media CRTV, those damages include houses, plantations, and livestock, and even the Mora bridge.

The same source reports that in Kousseri, the border town with Chad, a 27-year old man drowned.

The most affected departments are the Mayo-Sava, Logone-et-Chari, and Mayo-Tsanaga where several families are now homeless because of the rising level of the waters, and local authorities are providing assistance as they can.

Let’s note that in the Far North, floods are recurrent. This is particularly due to the topography that facilitates water circulation while water channels are obstructed. It is also due to climate change caused by human activities (logging, bush fires, etc.), and unauthorized constructions.

Last year, the UN Office for the Coordination of Humanitarian Affairs (OCHA) reported that 64 people died and over 160,000 were affected by the bad weather in this part of the country, which is already suffering from Boko Haram’s attacks.

In September 2020, the interministerial delegation dispatched to the disaster areas of the Far North announced "permanent" measures to deal with these cyclical floods, which were particularly exceptional that year. The measures envisaged include the acceleration of some road and infrastructure renovation works as well as the maintenance of some infrastructure like drains.