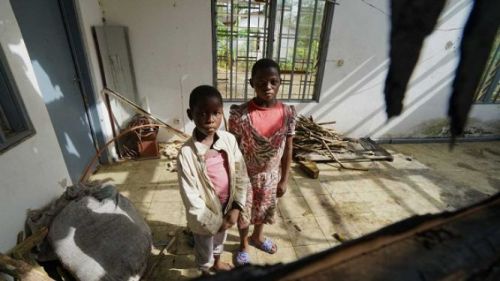 6 million+ people in need of humanitarian aid in Cameroon (Ocha)

In Cameroon, the number of people in need of emergency assistance has increased considerably, according to a statement issued by the UN Office for the Coordination of Humanitarian Affairs (OCHA). From 3.9 million people in January 2020, the number increased to 6.2 million since the beginning of the Covid-19 pandemic.

The United Nations and NGO partners aim to provide life-saving assistance to 3.4 million of the most vulnerable people. But since the first case of Covid-19 in Cameroon on March 6, 2020, the provision of humanitarian assistance has become more difficult.

According to the OCHA statement, the pandemic has exacerbated existing vulnerabilities in sites crowded with refugees and displaced persons where health and sanitation infrastructure is weak. The closure of borders for several weeks affected the possibilities of providing humanitarian assistance.

Cameroon is affected by four humanitarian situations deemed “complex and simultaneous” by the UN. These include the Boko Haram attacks in the Far North region. Cameroon is the second most affected country in the Lake Chad Basin by the Boko Haram armed conflict. As of August 2020, more than 320,000 displaced persons, 123,489 returnees, and 114,068 Nigerian refugees were affected by the conflict in the Far North region. The Anglophone crisis in the Northwest and Southwest regions, with repercussions in the West and Littoral regions, is also affecting the country. Another situation is the influx of refugees from the Central African Republic into the eastern regions (Adamawa, North, and East) to which is added the Covid-19 pandemic which affects all ten regions of the country.