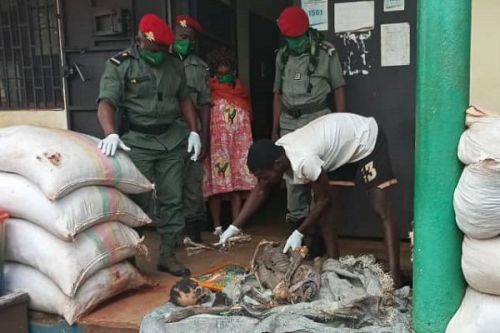 Human bones trafficking is unfortunately growing in Cameroon. It has become a multi-million business for the traffickers.

This week, four individuals were arrested by the gendarmerie in Douala in possession of an entire skeleton. The suspects confessed that they intended to sell the human remains for CFA15 million.

On June 26, two suspected traffickers aged 26 and 40 were arrested in possession of two human skeletons in Foumbot, capital of the department of Noun, in the Western Region. One of the suspects said the bones were destined for a client for CFA50 million.

"Before, it was an activity more practiced by old people. Today, it is much more carried out by young people who are motivated by the desire to make a quick fortune," said a patriarch. According to various sources, these bones are prized for mystical practices or for the manufacture of traditional medicines that can protect against bad spells.

Laws in Cameroon punish this practice with imprisonment from 3 months to 5 years and a fine of 10,000 to 100,000 CFA francs, for “whoever violates tombs or burials, desecrates all or part of a human body, buried or not" (Article 274 paragraph 1 of the Penal Code).

Faced with the resurgence of this phenomenon, some families have taken the option of having the graves of their deceased guarded after burial.