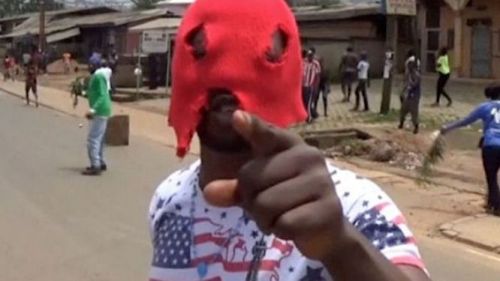 HRW finally acknowledges the exactions of Anglophone separatists in Cameroon

For several years, Human Rights Watch has been denouncing the blunders of the regular Cameroonian army but has remained relatively silent about the violence on the population by the separatists.

This bias eventually led to a backlash and forced the organization to issue a statement acknowledging abuses by the Anglophone rebels. Although the term "abuse" is somewhat euphemistic for acts such as the cold execution of children in a classroom, the NGO cites some edifying examples of abductions, executions, torture, widespread racketeering, deadly attacks on humanitarian convoys, etc.

“On February 13, separatist fighters killed three tribal chiefs in Essoh Attah village, South-West region, allegedly for refusing to hand over profits from their cocoa sales and for promoting education,” the HRW report reads, stressing that “separatists have hindered the delivery of humanitarian assistance and killed and tortured those who they suspect of collaborating with authorities and security forces.”

A 35-year-old resident of Bafut, North-West region, said: “separatist fighters harass everyone. They ask for money, and if you are unable to pay, they threaten or kidnap you.”

HRW encourages the Cameroonian authorities to better protect the population and the UN Security Council to impose targeted sanctions, such as travel bans and asset freezes, on those found responsible for the abuses.