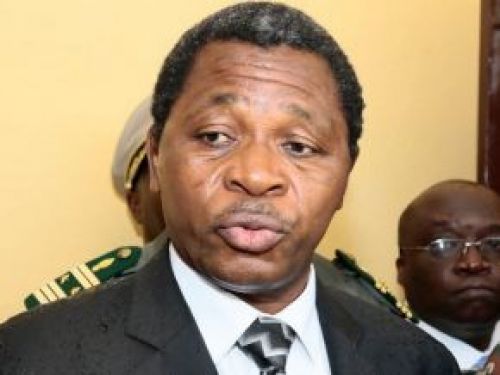 Covid-19: Government to distribute XAF2 bln worth of medical equipment to hospitals and the population

A batch of medical products and equipment worth XAF2 billion will be distributed to the 360 districts in Cameroon. The information is given by the Minister of Territorial Administration (Minat), Paul Atanga Nji (photo), via a press release broadcast on the government radio station CRTV. According to the Minat, this initiative is to help the population implement “the measures to contain the spread of Covid-19 in Cameroon."

This material support, intended for administrative units, consists of 50,000 boxes of laundry soap, 75,000 household buckets, 40,000 handwashing jerry cans of 30 litres capacity each, and 1.5 million protective masks for the population.

In about ten days, these materials will be transported from Yaoundé City Hall by about 100 trucks to the 10 regions where they will be received by the governors. The Governors will then convey them to the various departments and districts under their jurisdictions.

Distribution to the population will be carried out in regional capitals by governors, in departments by the prefects, and in the districts by sub-prefects.

"Teams from the Minat's civil protection department will be dispatched to the 10 regions to assist the administrative authorities in this awareness and distribution campaign," the Minister of Territorial Administration said.

Cameroon is currently the third most affected country in Africa. With the Northwestern region which recently recorded its first case included, nine regions (out of the 10 in the country) are now affected by the virus. To date, only the Far North region remains unaffected.

According to figures published on April 20 by the Directorate for the Fight against Disease and Pandemics at the Ministry of Public Health (Minsanté), the number of confirmed cases across the country is 1,163 people, 43 deaths and 329 recovered.