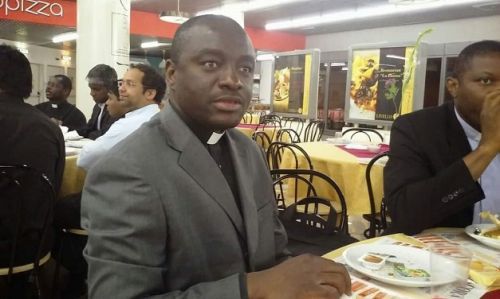 The Diocese of Mamfe, in the South-West, announced today August 30, 2021, that Reverend Father Julius Agbortoko Agbor (Vicar General) has been kidnapped. According to the diocese, he was abducted on August 20, 2021, a little after 6 p.m., by men claiming to be separatists.

When they entered the diocese, they immediately headed for the reverend father’s quarters and left with him minutes later demanding a ransom of XAF20 million for his release.

This is not the first time a clergyman is being targeted by separatists. In July 2018, a priest was shot by secessionists close to Muyuka, in the South-west. In October the same year, a US missionary was fatally wounded by buckshot in the North-West.  Recently, on August 22, 2021, a congregant of the Presbyterian Church in Cameroon (PCC) was killed and a pastor wounded by unknown gunmen during mass. For this atrocity, nobody is agreeing to bear the blame as both separatists and the regular army are blaming each other.