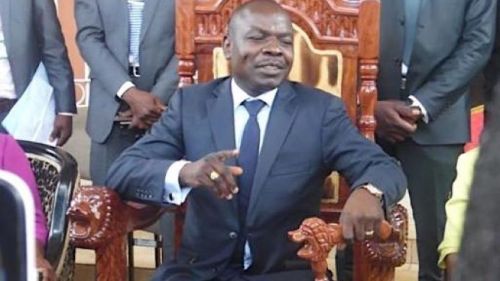 No, the CEO of the audiovisual group “L'Anecdote” did not offer 300 million CFA Francs to Bafoussam victims

“Generosity: His Majesty J.P Amougou Belinga dedicated 300 million CFA Francs to assist victims in the city of Bafoussam”; this is the message shared on social media suggesting that the CEO of the private audiovisual group “L'Anecdote” has offered money to the victims of a landslide in the Bafoussam 3e district, Gouache 4, block 6. The tragedy happened on 28 October this year.

The group denied the information saying its CEO had never offered 300 million CFA francs to the victims of Bafoussam. “I tell you that's not true! We're not looking for false glory,” says an authorized source.

As a reminder, on October 28th at around 10pm, nearly 50 families from the Gouache district were buried alive following a landslide. The government confirmed that 43 people have died and 11 survived, and President Paul Biya ordered the disbursement of 200 million CFA francs in emergency aid to ensure the care of the survivors of the Bafoussam landslide.