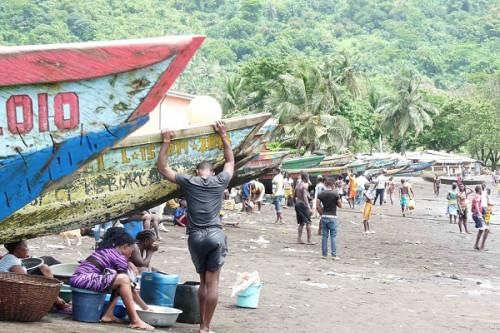 Cameroon-Nigeria : Trade exchanges fell by 81% in 2015-2019 due to the anglophone crisis and war against Boko Haram

Between 2015 and 2019, the value of trade exchanges between Cameroon and Nigeria dropped by 81%, from XAF15.6 billion to 2.9 billion. The figures were revealed by Paul Tasong, Minister Delegate to the Minister of Economy, on November 23, 2021, while presenting the presidential plan for the reconstruction of the anglophone regions before the national assembly.

For the official, both exports (-68.9%) and imports (-85%) contributed to the huge drop.  During the said period, the nature of the commercial exchanges between the two countries also changed.

“In 2016, imports were dominated by cars, spare parts and accessories, household appliances, and various items. In 2019, there has been a significant decline in the contribution of those products to commercial exchanges between the two countries but new products emerged. They are notably malt beer, beauty products, and sanitary napkins and tampons," he indicated.

The reason for those significant drops is that the over 1500-km long border Western  Cameroon shares with Nigeria is close to the North-West and South-West affected by the anglophone crisis as well as the Far-North plagued by the war against Boko Haram. Due to those crises, most goods coming from or to Nigeria transit through the North and Adamaoua regions, or by sea.